Nashville Songwriters in the Round

2021 Date TBD
Songwriters in the Round features artists who have penned classics for some of the top names in music. After savoring dinner from Chuy's, while listening to live music, join the songwriters around their stage as they share their songs and the stories behind them. In the spirit of Nashville and the Bluebird Café enjoy a magical evening with rare acoustic performances with the people who create the music you know and love. A night you will not forget!
Tickets will go on sale this summer!! 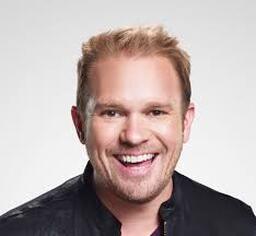 ​Kyle Jacobs moved to Nashville from Minneapolis, MN in 2000 and achieved his first significant success as a writer in 2003 with Kimberly Locke's Top 10 AC single "8th World Wonder."  In 2007 Kyle wrote what became the fastest rising single in the history of country music, Garth Brooks' “More Than A Memory”, which debuted at #1 in R&R on 09/04/2007.  Kyle also co-wrote the Top 10 singles “Still” by Tim McGraw and “Dust” by Eli Young Band. He has also had multiple songs featured in the hit series, NASHVILLE. Currently, Kyle has written over 1600 songs and has currently accumulated 136 cuts along the way.
Kyle is also an accomplished producer with three #1 singles for Lee Brice, “Hard To Love”, “I Drive Your Truck”, and “Drinking Class”, and just finished producing Lee Brice’s latest album “Lee Brice” with the current single “Boy” rising up the charts…
So far, Kyle’s songs have been recorded by George Strait, Garth Brooks, Tim McGraw, Lee Brice, Eli Young Band, Jerrod Neiman, Kellie Pickler, Thompson Square, Gary Allan, Scotty McCreery, Trace Adkins, Clay Walker, Kelly Clarkson, Randy Travis, Jason Michael Carroll, Josh Kelley, Craig Morgan, and Jo Dee Messina to name a few.
In addition to his musical accomplishments, Kyle is also a star along side his wife, Kellie Pickler, on CMT’s hit reality series, “I Love Kellie Pickler”. In its 1st season the show broke long standing ratings records for CMT. It currently just finished airing its 3rd season and is still one of CMT’s highest rated shows. 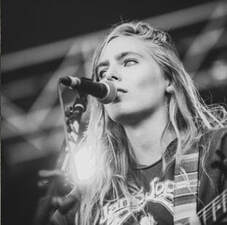 ​Big Machine recording artist Lauren Jenkins has been a touring artist since she was 15 years old.  Named an Artist to Watch by the New York Times, Billboard, Rolling Stone, Pandora, and many more, she was also chosen as a member of the “Class of 2019” by influential radio DJ Bobby Bones, and made her TODAY Show debut as Elvis Duran’s Artist of the Month in February.   Lauren recently completed writing, co-producing, and starring in an original short film titled “Running out of Road” that accompanied the release of her debut album NO SAINT, available now.

With a swampy-infused Country sound Shreveport, LA  native Dan Smalley has been playing music for more than 24 years and writing his own songs for the last 12. His muse helped find meaning in music as inspiration poured in from the Country & Western swing of honky-tonks, impassioned Gospel from church pews, natural inclinations of Rhythm & Blues and bonfire buzzes of Classic Rock. His tone resembles some of the greatest in Country music history and offers a fresh take while remaining rooted in traditional musicianship.  Over the past decade, he has been on the road with Dwight Yoakam, Tim McGraw, Justin Moore, Billy Currington, Craig Morgan, Randy Rogers Band, The Turnpike Troubadours and more.

​Raised in the Appalachian foothills of the Carolinas, Phillip Lammonds was immersed in music. As a boy, he listened to his father sing gospel songs on his grandfather’s Sunday morning radio show and spent hours stretched out alongside the upright piano while his aunts practiced for the Pentecostal service. Not that he just plays guitar. Lammonds is a musical virtuoso of sorts, equally gifted at playing mandolin and other stringed instruments.

He signed a publishing deal with Curb Records in Nashville and has written songs with or for artists like Darius Rucker, Lee Brice, Edwin McCain, Blake Shelton, Craig Morgan, Josh Turner and Hootie and the Blowfish, among others.
2018 Event Pictures
by Polka Dott Photography